Energy Cost Attack was founded by Tim Etheridge in 2013.  Tim left the ‘corporate calmness’ behind and went back to doing useful things for people, that they would value.  Energy efficiency was the field he decided to develop. 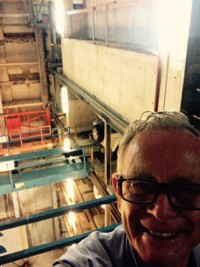 In 2013, the LED lighting up-grade market was in a period of rapid change with a flood of low quality products being offered “free” under the Energy Saving Scheme (ESS).

Through 2014 new rules were imposed by IPART to ensure all light fittings used in the ESS underwent inspection and approval to Australian standards.  During this period Tim joined forces with Proenergy, based in Bondi Junction.

Since then, Tim has delivered almost one hundred LED lighting projects through the Proenergy team.  Now, in 2018, the Energy Saving Scheme rules will change again, on 1 November.  This will REDUCE the amount of rebate from saving energy through LED lighting up-grades by over 25%.  Tim is busy but never too busy to share his experience with strata and commercial building owners and managers. He has become an Energy Warrior and enjoys nothing more, than smashing energy bills.

Working with Richard Edelmuth and Jon Summers at Proenergy provides Tim with a seamless connection between making promises and keeping them.  Proenergy has the supply connections and the in-field resources to make attractive proposals into successful projects.

Proenergy has allowed Tim to accumulate a track record of successful projects and happy clients.

If you want to learn more of Tim’s extensive business background, see his Linked In profile at : http://www.linkedin.com/in/timothyetheridge