Tim Etheridge was asked by the strata manager,  to look at this 3 Level Commercial Strata property in Brookvale, with a view to reducing the power bill. 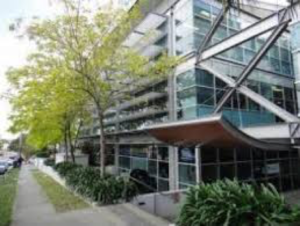 The building is about 10 years old and well suited to an LED lighting up-grade.  There are 3 levels of fire stairs, lift lobbies, an entry walkway and two levels of basement car parking.  What makes it attractive to up-grade the lights in this building ?

EVERY light being used in the building was a power-hungry, mercury filled fluorescent tube or globe.

REMOVE: Twin CFL (Fluoro globe) down lights were used to give the space a contemporary look.  However, they use about 60W watts.  They also fail regularly, lasting around 6000 hours.

UP-GRADE TO: Clear white (4000K) 20W LED Downlights with a flush face to give the right light levels and ambience. That’s 66% reduction in energy.

The property had traditional Fluorescent tubes, some with Emergency circuits, all burning 24/7.

UP-GRADE TO: Dimming Linear LED Solid State lights. This is the new-generation linear light – each light has a sensor than can be calibrated for maximum energy efficiency.  They are rated to last 50,000 hours – or about 6 years if running 24 hours. Fluorescent tubes are rated to about 10,000 hours.

PAYBACK ….  The project cost the client $24,700 after Energy Saving Scheme rebates, so the savings from energy reduction, reduced fire survey and maintenance costs will repay this project about 18 months.