The Strata Manager arranged for an Energy Audit to be conducted on this large 4 tower complex, built in 2006, as it was using over $50,000 p.a of energy in the common areas. The Energy Audit done by Ethan Burns of Sustainability Now, identified that LED lighting, done well, was a major source of energy savings.

Tim Etheridge was spotted by 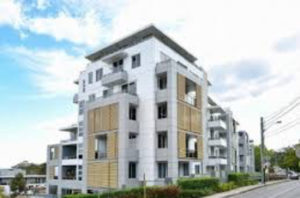 the strata company for the effort he put into quoting strata LED lighting projects.  Tim was asked to liaise with Ethan Burns to build a proposal.  This meant the technical questions were addressed and the quotes used the same light count, to reduce variation in the quotes to price and product performance. The Strata Committee members selected Tim from Proenergy to undertake the large scale project, given the Proenergy price..

The building is only about 6-7 years old and had a typical range of “fluoro – generation” lights, ripe for up-grading to LED generation lighting:

The power bills don’t lie.  Below is a summary of the energy saved and the maintenance costs saved on emergency lights. 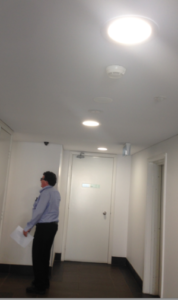 The image at left, shows the 12W LED downlights, on motion sensors.  The light levels are excellent and even.
Note that the Energy bill had been optimised at this property so the
direct charges for energy were very low at (av) 8.35 cents per kW/Hour.  Adding network charges, the total cost is now 17 cents, up from 13.2 cents per kW/Hour, due the reduction in total demand from 34,007 to 18,810 kW/Hrs per month.  This demand charge is now being reviewed, after requests were made to Ausgrid via the retailer, Energy Australia. 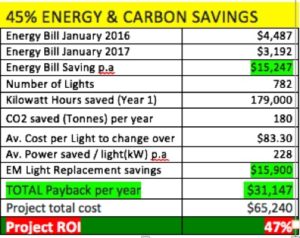